In this episode of The Chris McKay Show, Chris talks with Max Richtman from the National Committee to Preserve Social Security and Medicare about the current state of these vital programs. 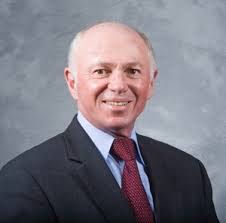 Read the Full Transcript from the Interview

1:46 What are some of the things you’ve been able to achieve?

The committee has been around for about 30 years so we’ve really accomplished a lot. We helped win the battle for medicare against an extremely dangerous proposal to privatize the program. 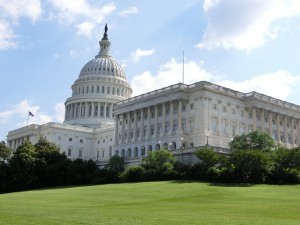 3:37 What are the facts, are social security and medicare really running out of money?

The first thing we need to do is separate the programs they are two different programs.
One of the things we hear a lot about social security is that it’s run out of money. This actually couldn’t be further from the truth. Social Security has a surplus. The program is sustainable.

Medicare, however, has a solvency problem much sooner than social security. This does need to be dealt with.

5:11 Why does it seem that some politicians really want to dismantle both medicare and social security?

I think there are some in Washington that really believe seniors would be better off taking care of their health care needs by themselves.

Get Your Maximum Social Security Benefit

6:06 What can people do to protect themselves so that these vital benefits aren’t dismantled?

The answer is simple, join the national committee to preserve social security and medicare. We offer safety in numbers and a strong collective voice. We are ready to petition your member of congress to represent the best interest of senior citizens around the country.

Yes, I’ve been at this for quite a long time.

7:02 Can you share how the committee works and what you folks are up to?

The name is long but is says exactly what we do. We work to preserve social security and medicare. We’ve been in existence since 1982.

8:05 How many people belong to the national committee?

Well we have millions of members and supporters.

8:35 What does it mean to sign your name to a petition?

It’s nothing more than carrying out your constitutional right.

If President Bush had been successful in privatizing social security back before 2008. And if that money had been put into the stock market anyone counting on it to help with retirement at that time would have been out of luck.

9:36 Do you have similar concerns regarding the privatization of medicare?

What is being proposed is to turn medicare into a voucher program. That means the same thing as privatizing they are just calling it something else. What is means is when you became eligible for medicare you would get a coupon. You would then need to go out and buy insurance.

The problem is that the value of that coupon would not keep up with the cost of buying that insurance.

10:33 So you could be in a situation where you weren’t able to afford insurance?

Yes, that’s right. Why would an insurance company who is getting older and sicker?

There is strength in numbers and the more people who join us the more impactful we can be when we represent real people.

12:01 How is the national committee unique?

We are by far the most active of all the senior citizen lobbies in Washington. we hold member of congress accountable.

12:31 Tell us about a recent victory for the committee?

We were able to keep social security and medicare benefits from being cut in the fiscal cliff agreement.

13:14 How to feel about social security being referred to as a Ponzi scheme ?

I think that’s a lie. In a Ponzi scheme someone ends up with nothing. With social security everyone who has been entitled to benefits has received them. Social security is a safe sound retirement plan that’s been here for people for 80 years.

13:49 What is chained CPI and how would that effect the amount you would receive in social security?

Under current law there is a formula that is applied to determine what inflation has done over the course of the year and to make adjustments to the monthly social security check. The current method is flawed because it does not put enough weight on the goods and services specifically needed by a social security beneficiary.

Now, what is being proposed is an even more flawed formula. This new formula Chained CPI says that if the price of an item goes up, consumers will substitute something cheaper.

15:08 How this be so disconnected when there are people out there that are literally just making it work now and any change and they aren’t going to be able to make it work.

Absolutely, that’s our challenge. I think we’re making some progress with congress.

15:28 What can people do to protect themselves and make sure these vital benefits are there for them when they need them?

Join the National Committee to Preserve Social Security and Medicare.

16:22 The National Committee can give people that peace of mind that someone in Washington is looking out for their best interests, right?

That is absolutely right. We are always there, we’re plugged in and we’re looking out for seniors.

16:56 What do you find that most seniors are concerned about?

I think their biggest concern is that members of congress will buy into the myths about social security being broken. That benefits will be cut, that the system will be restructured and that will be the end of social security.

17:31 You actually keep a score card on how members of congress are voting. How does that work?

We keep track of how members of congress vote on important issues relating to social security and medicare and then our members get a tally of those votes just before re-election time.

That’s right no government funding we don’t sell products we are solely funded by our members.

18:30 Now the committee is a non-partisan organization, right?

It is. Our members are varied we have Republicans, Democrats and Independents.

18:57 What would happen if for some reason the National Committee ceased to function?

If we had not been in the picture there’s a reasonable chance that social security would have been privatized or partially privatized. We have made a difference in the standard of living for millions of people and we’re very proud of what we have been able to achieve.

19:36 What will you receive for becoming a member of the National Committee?

Information, through the web and emails, be involved in breaking events.