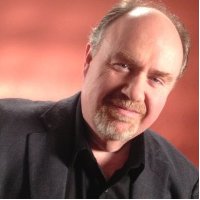 Reggie Groff from Save My Video sits down with Chris to tell people how they can preserve their memories by transferring VHS, reel to reel, or other out of date tapes to a digital format or DVD.

Read the Full Transcript from the Interview

How many of you out there listening today have a box of old home movies? You have no ability now to play them and you’re fearful that they are just going to start disintegrating over time.

Joining me today is Reggie Groff. Reggie is one of the owners of Save My Video.com and an expert in video restoration and digital transfer specifically tailored to unlocking and saving those precious memories.

You know a lot of us have VHS tapes and the player is long gone. We’re now on to DVD and even Blueray but what you’re doing is actually transferring these home movies and video tapes to DVD, is that right?

1:52 Yes, that’s absolutely right Chris but it’s a little more complicated than that. You now often times films are in pretty rough shape. We’re usually cleaning them up and organizing them so that they are really able to be captured in the best way possible to a DVD.

To be clear, this is a DVD just like one you would rent. It’s something you would be able to view on a DVD player, Blueray player or on your computer.

The main goal of what I do is to transfer those precious memories into an easy to access format.

2:33 So we’re talking about video tape here….VHS, 8mm these kinds of things? Right, think of any format. I do a lot of broadcast work so I try to have a good balance between all of the formats out there.

What about the smaller tapes like those you would typically find in the home movie cameras, is that something you can work with as well? Yes. In fact if people didn’t transfer them to VHS the quality will be better. The original is always the best.

3:59 Is it possible to give it to someone in a digital format as well, like a thumb drive? Yes, there is a different process to bring a video tape into a computer or hard drive format. We can provide a digital format that can run on a Mac or PC.  Once it’s on a hard drive or a DVD it’s something that’s very flexible and can be edited without hurting anything. You’re not going to lose generation quality because you have it in a digital mode. It’s a long lasting format that’s a great way to preserve what you have.

4:37 What if someone has some film from overseas or in a different format is that generally something you’re able to work with? Yes, absolutely, we really can do a lot of different formats and we can help people. Frankly, if I can’t do it I’m going to work with the customers and try to find a place that can.

The trick here is to make it easy for people and make it cost effective at the same time.

4:58 Reg I know you re passionate about this, how long have you been in business now? I’ve been in business for about 30 years. I’ve been basically in the production business and the digital transfer business. Before I got into television I grew up with home movies in a way few people have. My dad always shot home movies and we used to project them on the white refrigerator in our kitchen at night.

The funny thing was in our living room we had a 16mm film projector and a gigantic 8 foot screen. We had our own little theater going there.

5:43 Home movies are probably the most authentic look into Americana that you can take. There is nothing staged. These are private collections from folks that may no longer be with us and many of these films have only been watched a few times in some cases. The other situation we see is that they have been watched so much they won’t play anymore.

It’s really kind of a unique area. It’s a treasure trove of incredible movies that are basically tucked away in attics, basements, garages and closets. A lot of people are really frustrated because they just don’t want to throw them away but they also don’t know what to do with them.

6:19 Now I know you have done thousands of these transfers. Have you been up against a case yet where you couldn’t restore it or you couldn’t make it work?

6:47 One time a client called me because their moving truck went off the road and ended up in a pond. All of their old movie films were soaking wet. I ended up taking the 16mm films from the 1920’s, these are really old precious films, and putting them into giant leaf bags so that they can un-spool and dry out.

I was able to dry off each roll of film, put it back together and transfer the film and ultimately save it.

This is an easy and safe way of reliving those wonderful memories from your childhood whenever you want. Seeing your mom and dad when they were young, watching old dance recitals, summers at the lake, birthday parties, holidays and sharing these memories with future generations. This makes a wonderful gift for someone who has everything.

8:27 I wanted to understand a bit about this process for transferring to DVD or hard-drive.

I have a lot invested in technology for my TV production and I use this same technology, that I would use for a national broadcast, to capture the films.

I imagine you’ve probably seen your fair share of damaged film, is that right?

I tell you what, you can really tell how much someone loves the movie by how bad the condition is. It has been shown some many times, it does happen.

I used to collect 16 mm films. The problem was every time you ran the film through the projector you would risk scratching the film. No matter how much you clean it, it can be a problem. It’s a lot cheaper and easier to put a DVD in.

10:05 What about VHS tapes what are some of the challenges you’re up against with those?

There are different things that could happen, you have the mechanism that could break. The door can break off. A lot of problems can be dealt with.

Just call the 800# and then send us the material will transfer it and then send it back. We can send them separately or together. You get all of your original material back as well as the digital copies.

So it’s easy and it looks great.

11:37 A story I was touched by I was asked to transfer films by a friend of a solider who fought in Vietnam. I do transfer audio as well. He had reel to reel audio tapes the solider had sent back to the united states as basically audio letters.

The films themselves were 8mm films he had shot in the streets of Saigon. Suddenly the films stop and apparently the soldier died. So here it was 40 years later and his friend had me transfer these to give as a present to his remaining family.

13:16 Is there a way to add narration to these films or some background music? It would seem that by getting the movies in a digital format it gives you a lot of flexibility to be able to do some of these things.

Yes, definitely. Even after you get your films home and you’ve had a chance to watch them, maybe when holiday times come and their brothers and sisters are in the same location. Point a video camera at the TV screen and have everyone just talk and tell stories and narrate what’s going on. Then I can talk that audio from that video tape and stripe it right on to the original DVD. So it’s an inexpensive way to create a narrative track.

There’s a lot of anecdotal information that goes with this information. There are faces and stories that should be told and brought out.

I think it’s very fascinating not just the service but also what you come in contact with.

14:47 I want to talk about some of the other things of what you do.

I started back in Jr High School shooting my own super 8 movies and doing animations. It was a great learning experience. I went to N.Y.U for awhile and kept up with the film making. I got into starting my own business. From the early 80s right up through until now I’ve worked creating commercials, infomercials, music videos, you name it. I did a little series on Nickelodeon. Film making is a big part of my life and certainly getting the best image possible is very important.

I think it translates into preserving memories.

Reginald Groff, is a 30 year veteran of television including twelve successful years writing and directing in direct response. His unique creative strength and abundant energy shines through in the development process from the first notion to the final motion. Since 1990 Reginald “Reg” has provided quality film and video transfer services to DVD or hard drive.

Learn More about Save My Video